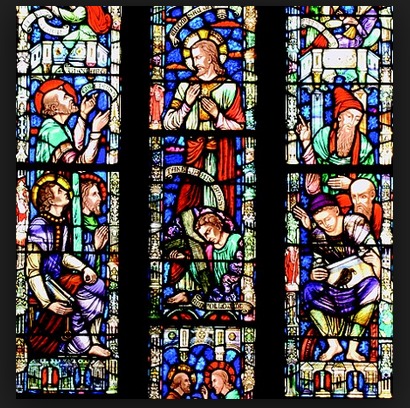 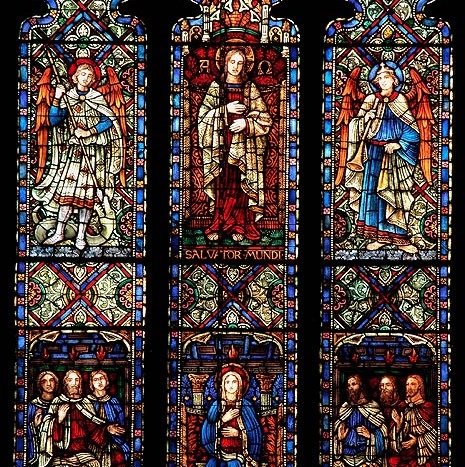 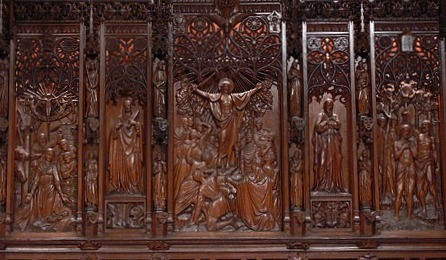 Since 1986, the Grosse Pointe Historical Society has been annually awarding historic plaques to Grosse Pointe landmarks to recognize their historical or architectural value to the community, to encourage their continued preservation, or to recognize the vale of the adaptive reuse.
The bronze plaques, designed by J. William Gorski, bear the image of the Society’s logo, a French windmill that stood on the shores of Lake St. Clair in the 1700’s. They are 8 inches in diameter and weight five pounds. 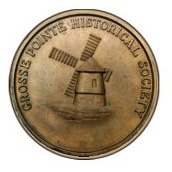 Christ Church Grosse Pointe was a mission of Christ Church Detroit.  The present church was designed as the chapel of what was was planned to be a much larger cathedral.  Work was started May 28th, 1928 by architects Mayers, Murphy and Philips of Bertram Grosvernor Goodhue Associates of New York. They also designed Christ Church Cranbrook.  The church is built like those of the middle ages (10th, 11th, and 12th centuries) with no nails, just wooden pegs, and no plaster, just stone and mortar.  The Narthex, with its great curving stairway, was designed in the manner of the Chapter House at Wells Cathedral in Somerset, England built in 1077.  The Cloister, which was not enclosed until 1957, was inspired by the Canterbery Cathedral. 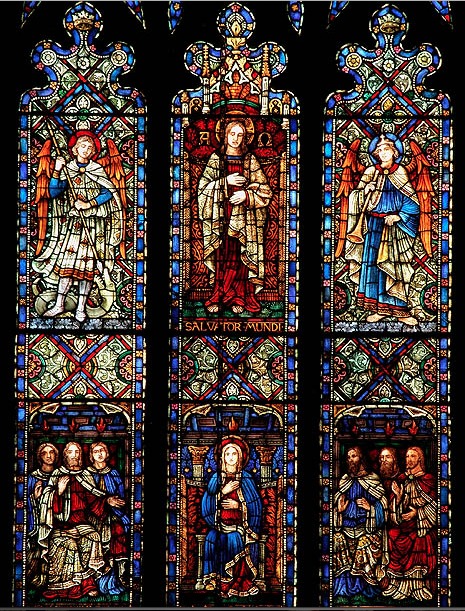 The fine stained-glass windows were made by Willet & Sons of Philadelphia, and the church boasted an organ built and installed by Casavant Freres of Quebec.  The architects chose sandstone from the quarries of Clearville, PA for the exterior because of its iridescence in the sunlight, the floor is also sandstone.  Grey Limestone from Indiana was chosen for the inside because it was restful.

Because the church was one of the few built during the Depression, many outstanding artisans were available to beautify it with intricate wood carving and detailed stonework.  The year 2000 brought completion of the 32,000 sq. ft. Christian Education Wing and five new stained-glass windows, designed by Willet & Sons were installed.
(For more historical information on Grosse Pointe, visit Grosse Pointe Historical Society).